My Journey with Brain Cancer 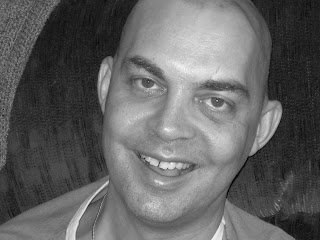 I met Don in October of 2007 and began a journey with him. He was a healthy, successful, inspiring marathon runner and he also had Anaplastic Astrocytoma, brain cancer. He had already undergone brain surgery to remove the tumor. Not being fully aware of what the disease had in store for him or for myself, we moved ahead in a relationship. We moved in together a year later, and I made the choice to commit to Don and to brain cancer. Don had an ability to make it appear that he did not have a terminal illness. He was independent, strong, well- traveled, and loved life. He never complained of pain, weaknesses, or the disease itself.

I did some research on brain cancer, but I was not prepared for what the road ahead entailed. Don began to have more frequent seizures, and his right side became weaker and weaker. He came home from a run, and said “I will never run again...” We began visiting more and more doctors, and Don was taking different medications to help with the symptoms of the disease. Don was determined to help himself and continue to live life. While seeking professional wisdom, Don had a seizure that would not go away. I rushed him to the emergency room, and he stayed in the hospital for over a week while different physicians met to discuss options. He lost his ability to communicate effectively and write; he began to get letters and numbers mixed up.

The options that the doctors delivered were always the same; control the seizures and symptoms with a medication cocktail, or have another brain surgery. Don chose medication because he did not want to go through another surgery. His body began to decline more and more each week. We had to install shower handles, move his bedroom downstairs because of his inability to us the stairs, and limit his activity. He was not a man to sit still, therefore he fell a lot and we had to modify our home to fit his needs. He could no longer drive, and took public transportation to and from work. The simple task of walking the dog became impossible for a man who loved to run.

April 27th, 2010, Don had become so desperate for relief of his symptoms and seizures that he chose to move ahead with a second brain surgery. He worked up until the day of his surgery, and went into the hospital like a runner in a marathon. He had fear and anxiety, but his resilience was all you could see. Don came through the surgery, went into rehab and eventually came home after a month and half in the hospital. While in the hospital the pathology came back and the small tumor that Dr. Q removed was indeed Glioblastoma Multiforme. When the cancer got worse, we felt like a knife had ripped opened our hearts and tears fell from our faces. Looking at resources, I knew from the diagnosis that Don would not live longer than 6 months.

He worked so hard to try to build his muscles back on his right side so he could walk independently. He got speech therapy, OT, PT, and saw whomever he could to help him regain strength. He went on different research trials, got more chemo, and took more medication, all the while knowing his disease was literally taking over his body and mind. He began to see his world differently and became confused with simple items that he had always known. . At one point, he picked up his cell phone and said, “What do I do with this?” That is when I knew the disease was doing some terrible things to his mind that I could only see the effects of. Family came in to help, because Don could not be left alone in fear of him falling or hurting himself.

Don never returned to work, and his passion of running was no longer the passion that drove him. His drive was to wake up every day, find his smile and enjoy the smallest things in life. He began to reside in the fact that the disease was taking over his brain and body. We had no choice but to allow hospice into our lives. This was the beginning of the most difficult days ahead. The challenge of knowing he would die from a disease that has no cure became unbearable at times. Don lost all independence, the one ability he prided himself in. Don could barely communicate, but his communication was through his smile and eyes. I was his full time caregiver, bathing him, helping him in every way and watching this man deteriorate before my eyes. 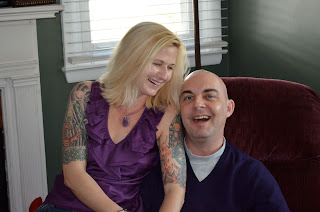 Surrounded by family, Don died with dignity and grace on December 27th, 2011. It was a day of great loss, and our hearts are saddened by what this disease does to a healthy individual. The battle to just wake up every day became the hardest battle of Don’s life. Through all the suffering, challenges and difficulties, Don smiled and showed a heart full of gratitude for all the people who have journeyed with him through brain cancer.

Why should there be awareness? Awareness in all dimensions of this illness is very important, because caregivers, family members, and the patient need to know the general stages of such a disease. Reality is hard, but the patient and caregiver are living through the reality every moment of the day. Research is so important because of the physical, mental and the emotional toll brain cancer takes on individuals and family. It is very sad to watch a person with life begin the slow process of death due to the cells invading their brain. Finding symptom control medications, and one day a cure, will certainly keep the disease at a distance from individuals who suffer.